Awesome “Alice in Wonderland” Exhibit at the Tate Liverpool [with video]

The Tate Liverpool has mounted a new — and from the looks of it, unique — exhibit about the origins of the book Alice in Wonderland.  The exhibit’s web page can be found here.

According to the Tate’s web site:

Alice in Wonderland at Tate Liverpool is the first exhibition of its kind to explore how Lewis Carroll’s stories have influenced the visual arts, inspiring generations of artists. The exhibition will provide insight into the creation of the novels and the inspiration they have provided for artists through the decades. 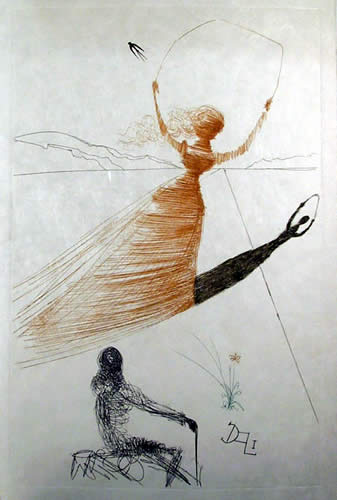 Illustration for Alice in Wonderland by Salvador Dalí

Lewis Carroll (legal name Charles Lutwidge Dodgson), wrote Alice as a gift for 10-year-old Alice Liddell, but once the book was published it took on a life of its own, spanning nations and artistic genres.  As the Tate notes (links added):

Carroll’s stories were soon adopted by other artists.  Surrealist artists from the 1930s onwards were drawn towards the fantastical world of Wonderland where natural laws were suspended. From the 1960s through the 1970s, Carroll’s Alice tales also prompted conceptual artists to explore language and its relationship to perception, and the stories inspired further responses in Pop and Psychedelic art.  Expect to see works by artists ranging from Salvador Dalí and René Magritte, to Peter Blake and Yayoi Kusama. 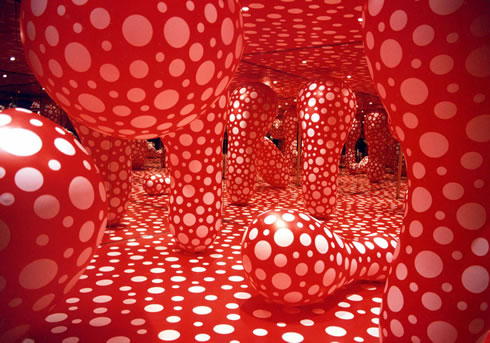 Art by Yayoi Kusama, inspired by Alice in Wonderland

If you’re like me and can’t make it to Liverpool just at the moment, you can still get a vicarious glimpse into the show with the edition of Tate Shots reproduced below.

A quick aside: I strongly recommend subscribing to Tate Shots via the Tate Channel page (includes an iTunes link for those of you who prefer it) — it’s free and has some great content.  Once in a while when I’m feeling stressed and I can’t easily indulge in meditation for some reason — I’m pissed off with the Buddha, say, and my anger is interfering —  I put on my headphones and watch an episode.  It’s great for what ails you!