In the early 80s I started a story — never finished — about a homeless woman who solves a crime without having any intention of doing so by recognizing connections between disparate pieces of information because she has a compulsion to collect, read, and memorize  newspapers that are thrown in the trash.

The character was a fictional extrapolation — intended to be a non-exploitative one, but we’ll never know now — of a type of homeless person I’d often encountered.

Of course the truth is that you don’t need to be any kind of savant to store that kind of information or identify those kinds of connections.  We have devices that allow us to  do that — they’re called card catalogues. 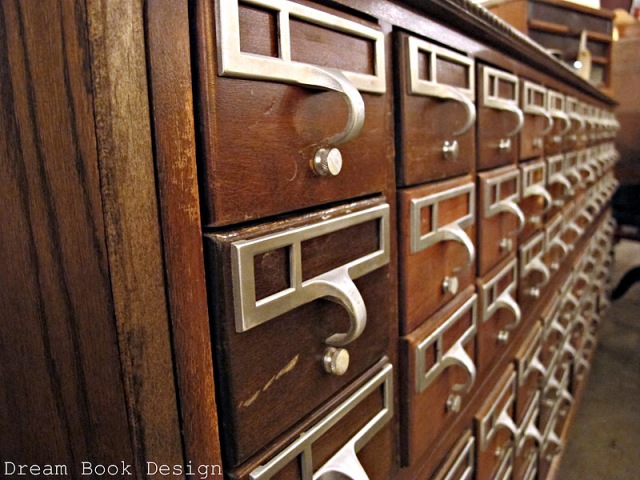 Okay, in a previous incarnation they were called card catalogues.  Now such a device is called a database, or on a grander scale it’s called the internet, but before these existed the way that one hyperlinked from one piece of information to another was that the information was stored in a physical library full of books and the books:

Older people, don’t get misty, and younger people please don’t retch. I am not about to get nostalgic for card catalogues.  I never liked them and I would still not like them if they were in use today.

Cards could be misfiled by the librarians or pulled out by vandals.  You couldn’t simultaneously keep your place in one drawer over here and also look up something that was indexed in a drawer way the hell over there because you physically couldn’t reach both drawers at the same time.

They smelled funny and, frankly, flipping by hand through a stack of absorbent paper cards that had previously been touched by several thousand other peoples’ sweaty fingers was not the most enticing thing to do when you were a kid who was given to reading science fiction stories about plagues gone wild (The Andromeda Strain or Earth Abides) and watching similar stories unfold on TV (the episode The Naked Time from the original Star Trek series).

Now that we have thankfully outgrown them as a technology, card catalogues can finally take the place in our lives that they should have had all along: as beautiful furniture for our homes.

The folks over at Dream Book Design will show you how to take a fusty old card catalogue and turn it into a beautiful buffet for your living or dining room.  In fact, these guys are serial card-catalogue-converters, having done this at least once before: 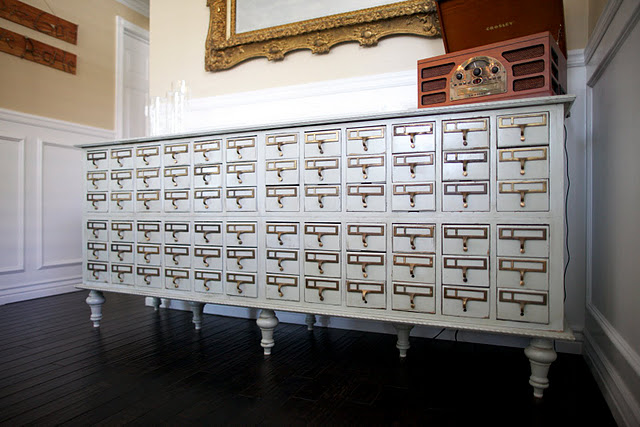 Looking at these refurbished dinosaurs of an earlier age of library science does bring back memories, but I’m fine with letting them remain memories.  I wouldn’t mind a card catalogue as an item of home décor, but when I want to find a book, give me a database any day.